When you book with an account, you will be able to track your payment status, track the confirmation and you can also rate the tour after you finished the tour.
Sign Up
651

The park is named after Mount Elgon, an extinct shield volcano on the border of Uganda and Kenya.

Mount Elgon National Park is uniquely split down the middle by the Kenyan-Ugandan border. Mount Elgon is an important water catchment for the Nzoia River, which flows to Lake Victoria, and for the Turkwel River (known as the Suam River in Uganda), which flows into Lake Turkana.

The climate is moist to moderate dry. Annual rainfall is over 1,270 millimetres (50 in). The dry seasons run from June to August and from December to March, although it can rain at any time.

Elephants and buffalo can be found on the lower slopes. The park is also home to a variety of small antelope and duiker, as well forest monkeys, including the black-and-white colobus and blue monkey. Red-tailed monkey have been reported after being thought to be locally extinct. Both leopard and hyena existed there in the late 1990s.

Mount Elgon is home to at least 144 bird species. Of particular interest are Jackson’s francolin, the eastern bronze-naped pigeon, Hartlaub’s turaco, the Tacazze sunbird and the endangered lammergeier, due to their restricted range.

Sipi Falls, in the foothills of Mt Elgon, is a stunner – arguably the most beautiful waterfall in all Uganda. There are three falls separated by steep hillsides. Though the upper two are beautiful, it’s the 95m main drop that attracts the crowds, and most lodgings look out on to it. The view of the wide plains disappearing into the distance below is also spectacular. It’s well worth spending a night or two in this peacefully magnificent place, which also allows you time to enjoy some of the excellent walks in the area, including the show-stopping descent to the bottom of the falls.

Sport fishing is done above the highest of the three waterfalls at Sipi outside the park. It provides exciting challenges to anglers who take pride in battling with the rainbow trout because of its beautiful coloration and fighting ability. The largest can weigh 3kgs!
Fishing is restricted to designated sites and places and advance booking is not necessary. Interested sport fishers are urged to bring their own equipment and secure a permit from Sipi River Lodge.

The 7km (four-hour) mountain bamboo trail to Kapkwai Cave passes through tropical and bamboo forest. Along the trail are many primates, birds and rare trees such as Elgon teak and Elgon olive. The 5km walk to the Chebonet Falls and 3km walk to the Kapkwai caves follow the ridge view trail. There is also an 11km hike to the Tutum Cave, with the option of camping overnight beside the cave.

PHOTO: The Kitum cave
In Wanale, a visit to Khauka Cave takes three to four hours. Alternatively you can go to the viewpoint through Nabuyoga loop where you can see Jackson’s Summit and Wagagai peak. In Budadiri, short day hikes are available covering the Mudagi Cliffs, Sasa River Camp and Drigana lower falls. These are great for bird watching and nature walks.

SIPI WIDOWS’ GROUP
Find out where coffee comes from! Grown on the mountain shambas (an area of cultivated ground) of Mt Elgon is the Arabica coffee also named Sipi or Bugisu by the farmers – who have a reputation for producing some of the finest washed Arabica in Kenya and Uganda. The Sipi Widows’ Group will take you on a guided walk through the coffee plantation demonstrating how to plant, pick, grind, store and wash the coffee.
You will also learn about life of the Sabiny as you meet local residents, and participate in traditional weaving. Learn about African cuisine through the preparation, cooking and tasting of local dishes. A visit to the women’s handcraft shop in the trading Centre is also highly recommended. Proceeds from the tour and shop are invested in maintaining the coffee trees; raising awareness about the dangers of female circumcision (traditionally practiced in this region); and paying school fees for orphans.

Rock climbing takes place outside the park at Sipi. There are 14 climbs requiring various levels of rock scaling techniques, and you may therefore be advised to hire all climbing equipment from the Sipi Falls Tourist Guides Association if you come without any along with you. The toughest is a 35m climb while the easiest is 15m. Both command a picture view of the main falls and the Karamoja plains. 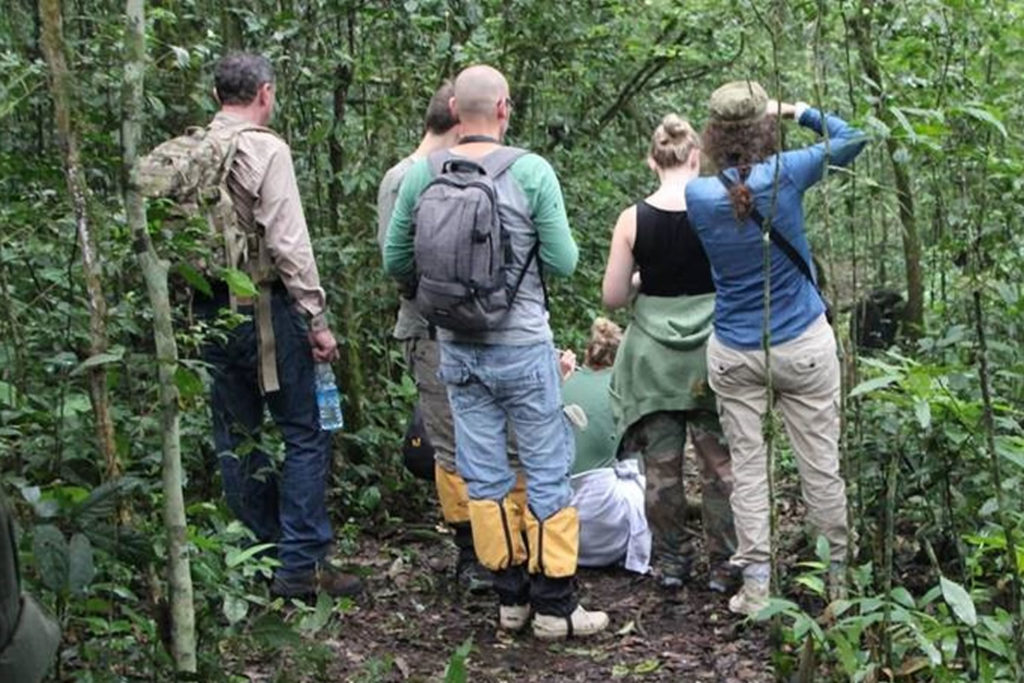